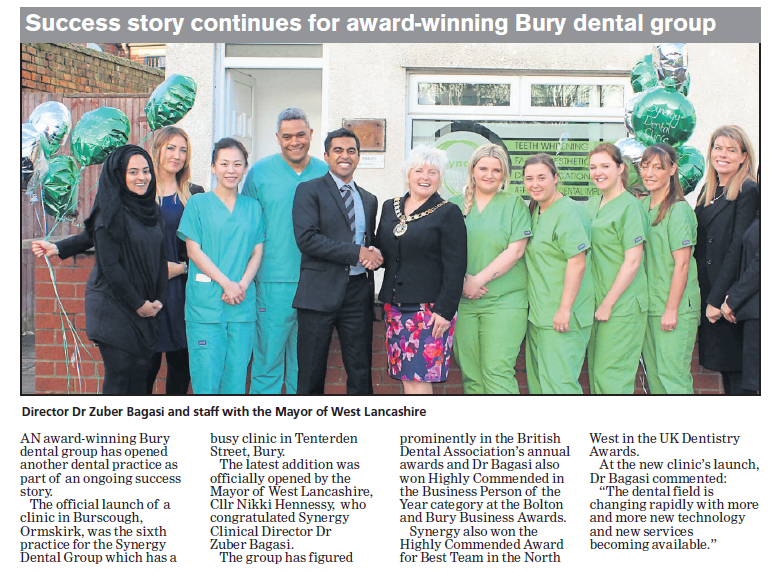 An award-winning Bury dental group has opened another dental practice as part of an ongoing success story.

The official launch of a clinic in Burscough, Ormskirk, was the sixth practice for the Synergy Dental Group which has a busy clinic in Tenterden Street, Bury.

The group has figured prominently in the British Dental Association’s annual awards and Dr Bagasi also won Highly Commended in the Business Person of the Year category at the Bolton and Bury Business Awards.
Synergy also won the Highly Commended Award for Best Team in the North West in the UK Dentistry Awards.

Business person of the year – Dr Zuber Bagasi
How can I keep my mouth smelling fresh and feeling clean?
The Primary Causes of Bad Breath
Looking for the doctor who will always see you
Back to Press Release