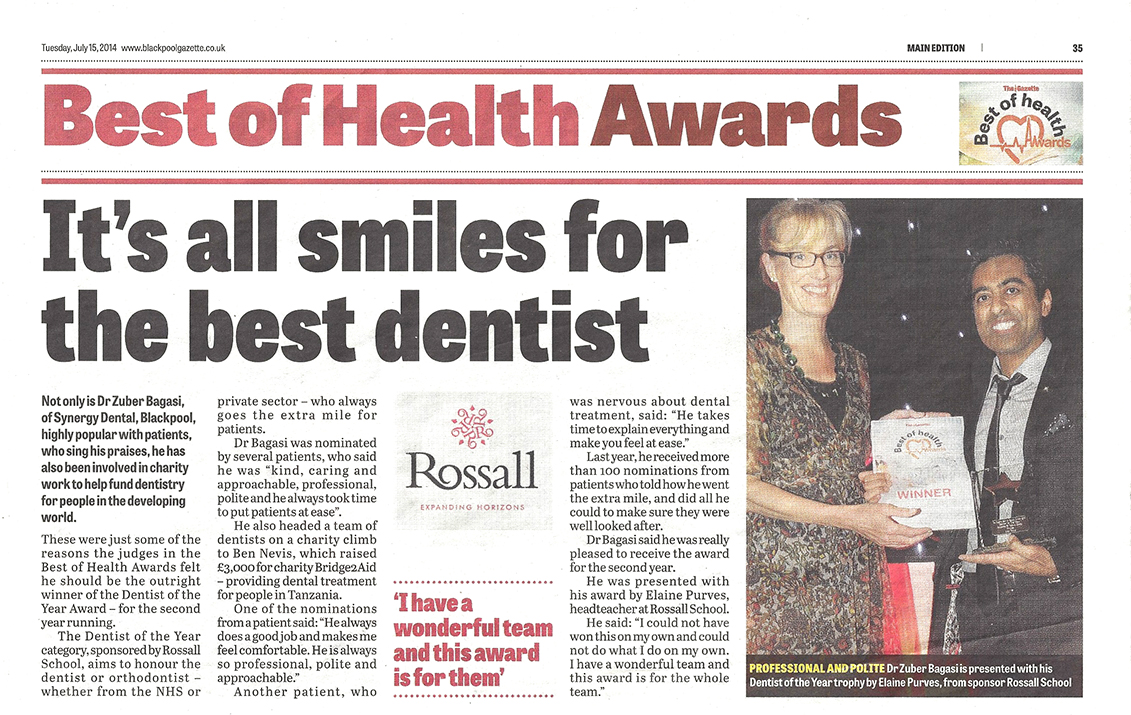 Not only is Dr Zuber Bagasi, of Synergy Dental, Blackpool, highly popular with patients, who sing his praises, he has also been involved in charity work to help fund dentistry for people in the developing world.

These were just some of the reasons the judges in the Best of Health Awards felt he should be the outright winner of the Dentist of the Year Award – for the second year running.

The Dentist of the Year category, sponsored by Rossall School, aims to honour the dentist or orthodontist – whether from the NHS or private sector – who always goes the extra mile for patients.

Dr Bagasi was nominated by several patients, who said he was “kind, caring and approachable, professional, polite and he always took time to put patients at ease”.

He also headed a team of dentists on a charity climb to Ben Nevis, which raised £3,000 for charity Bridge2Aid – providing dental treatment for people in Tanzania.

One of the nominations from a patient said: “He always does a good job and makes me feel comfortable. He is always so professional, polite and approachable.”

Another patient, who was nervous about dental treatment, said: “He takes time to explain everything and make you feel at ease.”

Last year, he received more than 100 nominations from patients who told how he went the extra mile, and did all he could to make sure they were well looked after.

Dr Bagasi said he was really pleased to receive the award for the second year.

He was presented with his award by Elaine Purves, headteacher at Rossall School.

He said: “I could not have won this on my own and could not do what I do on my own. I have a wonderful team and this award is for the whole team.”