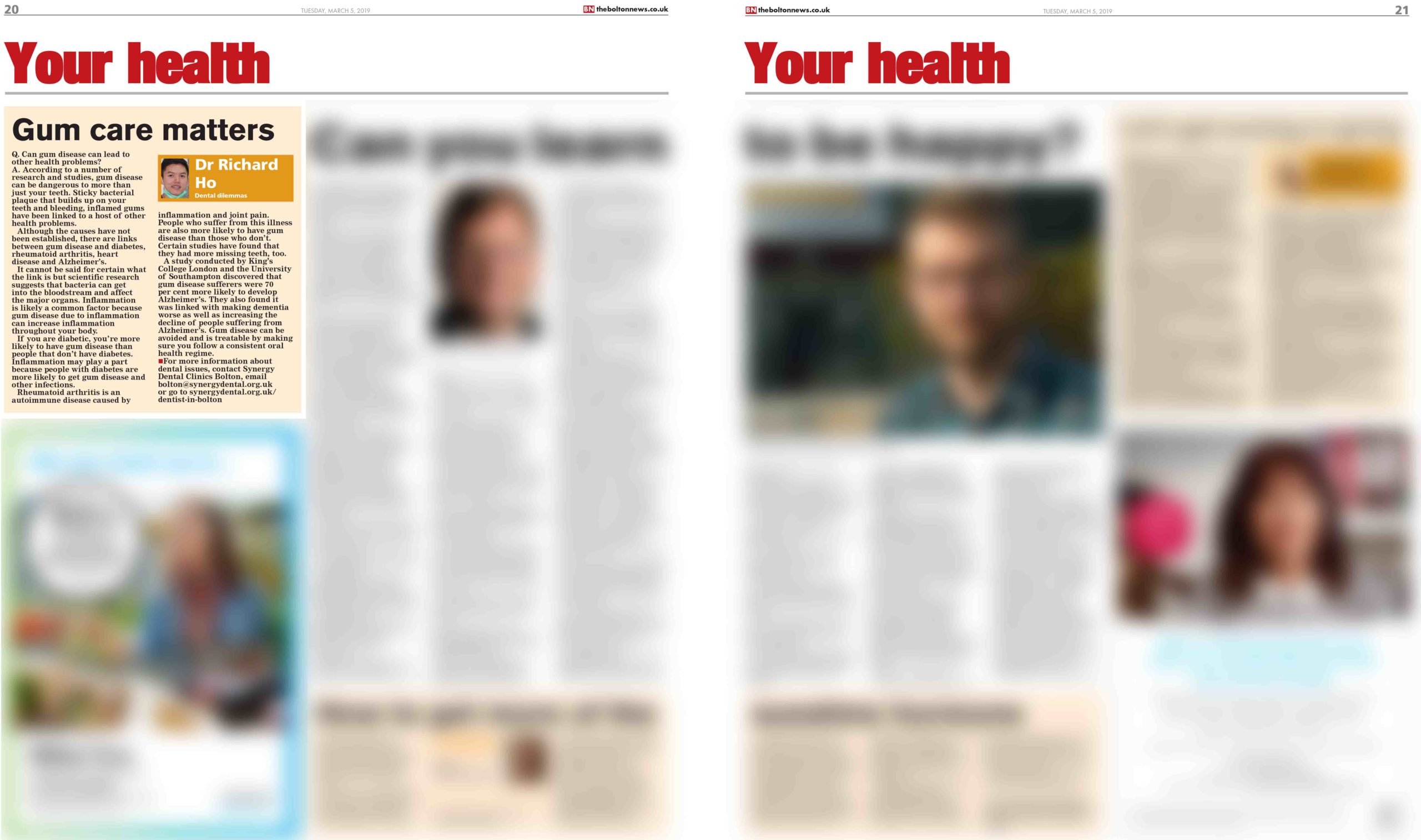 Q. Can gum disease can lead to other health problems?

A. According to a number of research and studies, gum disease can be dangerous to more than just your teeth. Sticky bacterial plaque that builds up on your teeth and bleeding, inflamed gums have been linked to a host of other health problems.

Although the causes have not been established, there are links between gum disease and diabetes, rheumatoid arthritis, heart disease and Alzheimer’s. It cannot be said for certain what the link is but scientific research suggests that bacteria can get into the bloodstream and affect the major organs.

Rheumatoid arthritis is an autoimmune disease caused by inflammation and joint pain. People who suffer from this illness are also more likely to have gum disease than those who don’t. Certain studies have found that they had more missing teeth, too. A study conducted by King’s College London and the University of Southampton discovered that gum disease sufferers were 70 per cent more likely to develop Alzheimer’s.

They also found it was linked with making dementia worse as well as increasing the decline of people suffering from Alzheimer’s. Gum disease can be avoided and is treatable by making sure you follow a consistent oral health regime.