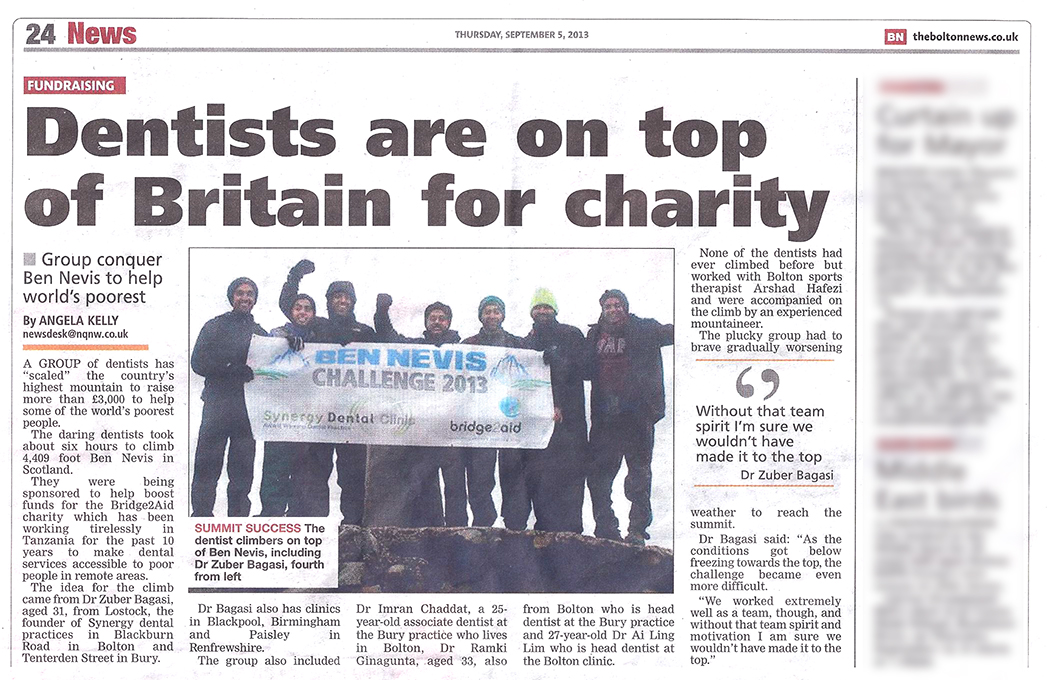 A group of dentists has “scaled” the country’s highest mountain to raise more than £3,000 to help some of the world’s poorest people.

They were being sponsored to help boost funds for the Bridge2Aid charity which has been working tirelessly in Tanzania for the past 10 years to make dental services accessible to poor people in remote areas.

The idea for the climb came from Dr Zuber Bagasi, aged 31, from Lostock, the founder of Synergy dental practices in Blackburn Road in Bolton and Tenterden Street in Bury.

Dr Bagasi also has clinics in Blackpool, Birmingham and Paisley in Renfrewshire.

None of the dentists had ever climbed before but worked with Bolton sports therapist Arshad Hafezi and were accompanied on the climb by an experienced mountaineer.

The plucky group had to brave gradually worsening weather to reach the summit.

Dr Bagasi said: “As the conditions got below freezing towards the top, the challenge became even more difficult.
“We worked extremely well as a team, though, and without that team spirit and motivation I am sure we wouldn’t have made it to the top.”