Gum disease is the leading dental problem affecting people in the UK, with an estimated 50% of adults suffering from one form at any time. Caused by a build up of plaque, gum disease can lead to swelling and bleeding of the gums, pain, infection and tooth loss if not treated.

Plaque is a sticky, colourless substance containing bacteria that is continuously forming on the surface of your teeth and contains saliva, food and fluids. Without the correct daily dental routine, plaque can form on teeth, trapping stains and causing a number of gum problems. Plaque begins forming on the teeth within four to 12 hours after brushing, making it important to brush twice a day in order to prevent build up. The use of flossing and mouthwash is also encouraged in the fight against plaque as they prevent the build up between teeth. However, if plaque is not removed correctly, it can develop into tartar.

Also known as calculus, tartar is a crusty substance that causes discolouration and traps stains on teeth. Tartar is formed when calcium and phosphate bind to form crystals, which then combines with plaque before hardening. Tartar is a strong substance and so can only be remove by dental professionals, rather than by brushing alone. The substance is capable of forming underneath the gumline and irritates gums, affecting the tooth from the root. Unlike plaque, tartar is a mineral build up and so can be seen when coated on teeth. Commonly, it is yellow or brown in colour.

How does tartar cause gum disease?

As tartar and plaque builds on your gums, bacteria begins to eat away at your tissue, causing inflammation and bleeding. During this process, bacteria is able to make its way into your gums through gaps caused by plaque, so spreading further down the tooth. This can lead to infection, causing pain and swelling in the gums.
As the gums swell and bacteria grows, the gums begin to recede and widen, making teeth loose and even more susceptible to infection. At this stage, it may be necessary to remove the tooth to prevent further spread of the disease.

The key to preventing gum disease is a good oral hygiene. This involves:
• Brushing your teeth – this should be done twice each day just before eating or an hour afterwards. A traditional manual toothbrush is effective, but there are some electric toothbrushes that are favoured by dentists and my prove more effective in the removal of plaque
• Cleaning between teeth – It is equally as important to clean between your teeth. There are a number of areas that are often missed by a toothbrush but still contain food debris and bacteria, which can cause gum disease if ignored. There are a number of products that can clean between teeth, but commonly flossing interdental brushing is favoured, both of which should be used once or twice a day.

Back to Dental Advice 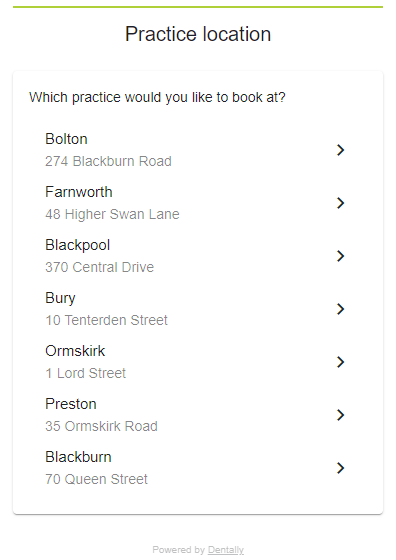